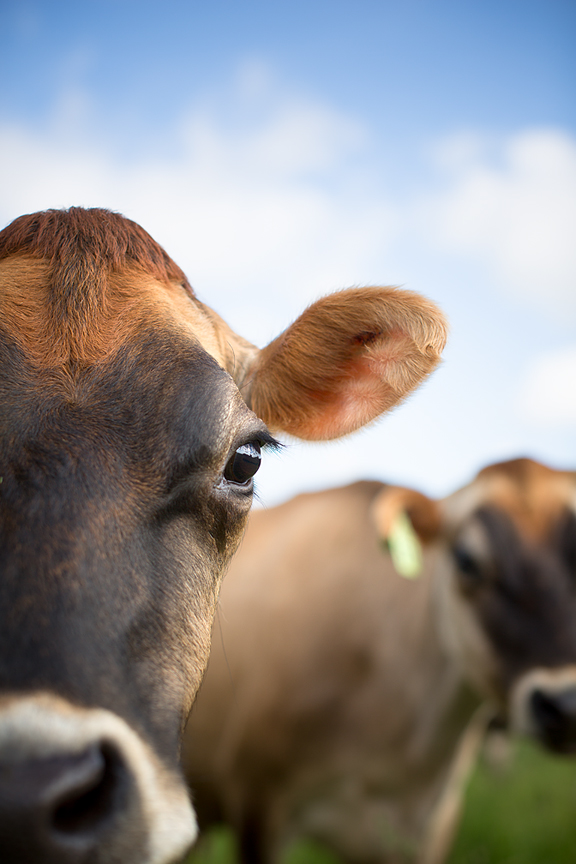 Morning curiosity in the lush pastures of Grassland Dairy.

I’ve just recently completed what is likely one of my all-time favorite projects ever.  During the past few weeks, I have visited five different dairy farms in western New York that supply organic milk to Wegmans Food Markets, for use in various products sold under the Wegmans Organic brand.  Popular products such as Wegmans Organic Milk, Half and Half, and Super Yogurt head the list. 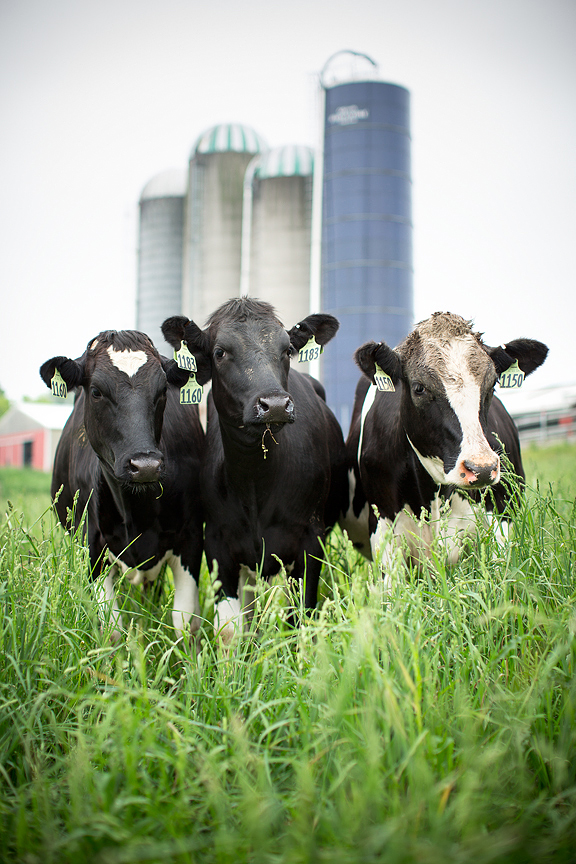 Lovers of grass and mud in front of the sky-line at Har-Go Farms.

The days began early for my assistant, Amy, and I, but as early as we arrived in the morning to each farm, we still couldn’t stay ahead of the farmers and their families, who were wide-awake and into their hard work long before we were.  We’d usually get to photograph the end of the morning milking, and then spend the rest of the day out to pasture with the cows, photographing them doing their work, and also capturing images of the farmers attending to their long list of chores on those hot summer days. 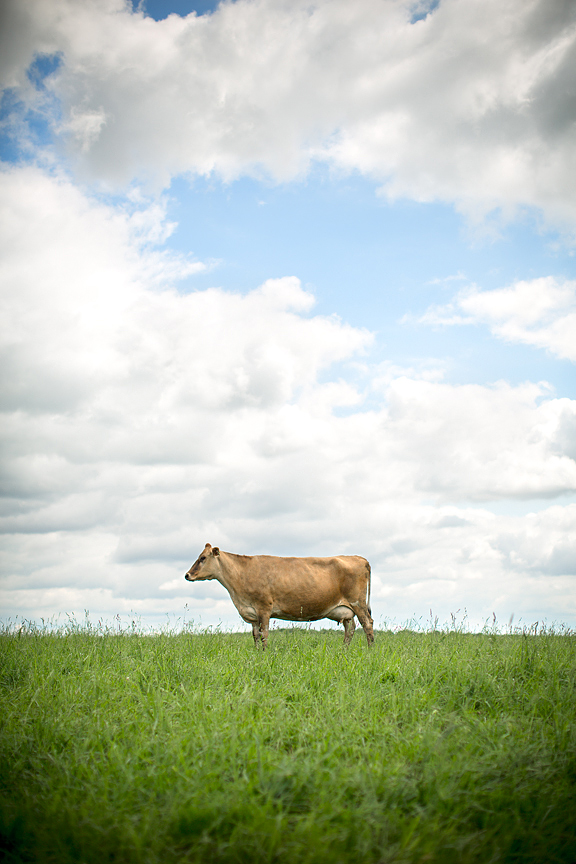 A lone Jersey watches as the rest of the herd moves out of the pasture for the evening milking at Grassland Dairy.

There aren’t too many ways that I’d rather spend a work day.  Being outdoors in such pretty country, among good people and animals can be very soothing – even therapeutic.  I know that Amy was feeling the same way.  I think she’s got a special place in her heart for cows, and it seemed that every time I turned around, she was talking to one of them.  One morning, she told me (in confidence,) that she secretly wished to hug each one of them as they left the barn in single file after the morning milking.  I’m not sure the cows would have put up with that, but I suppose it was a nice thought, anyhow. 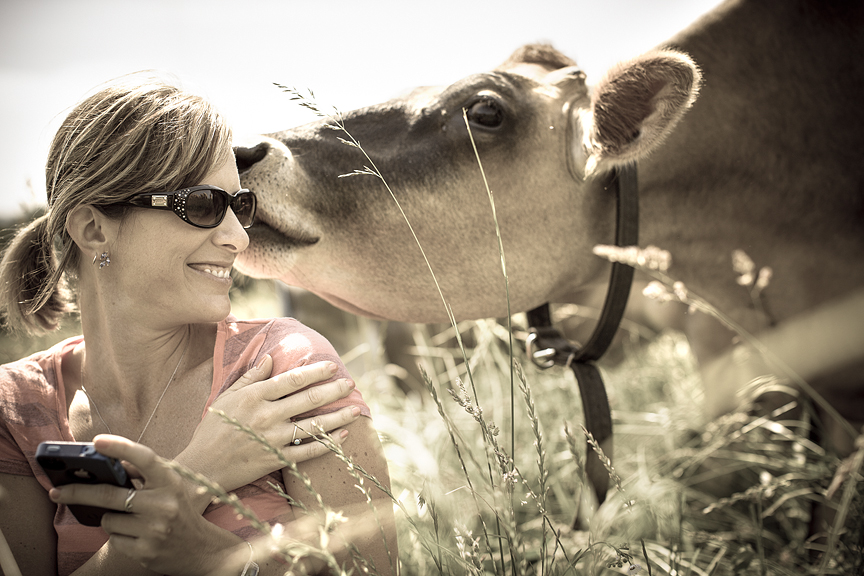 Amy, visiting with one of the ladies at Good News Farms.

The handful of images you see here come from a large body of work created during five days of shooting, some of which will be selected for use in an upcoming article in Menu Magazine. 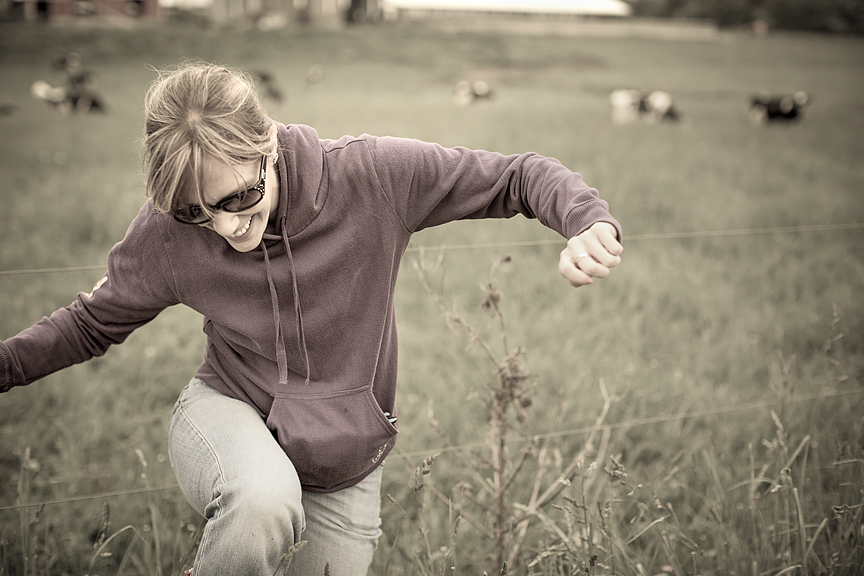 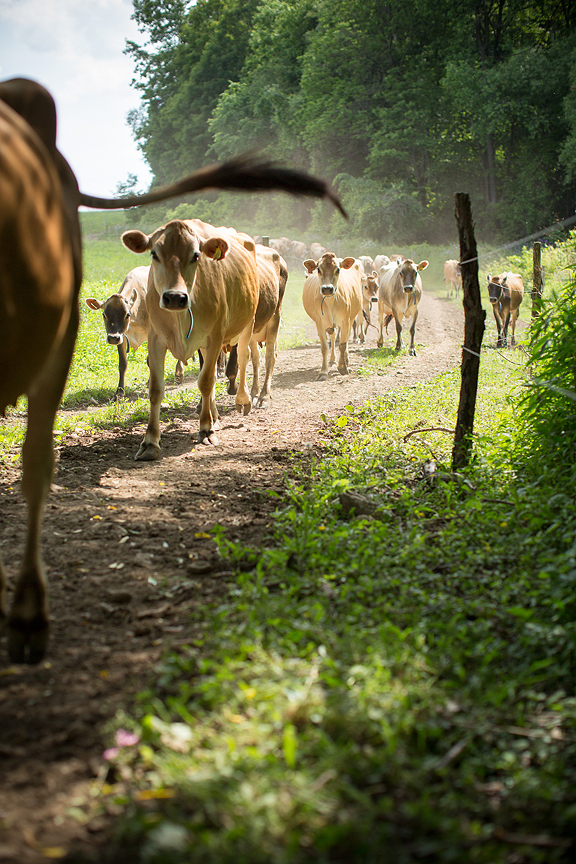 The Jerseys of Good News Farm heading in for the evening milking. 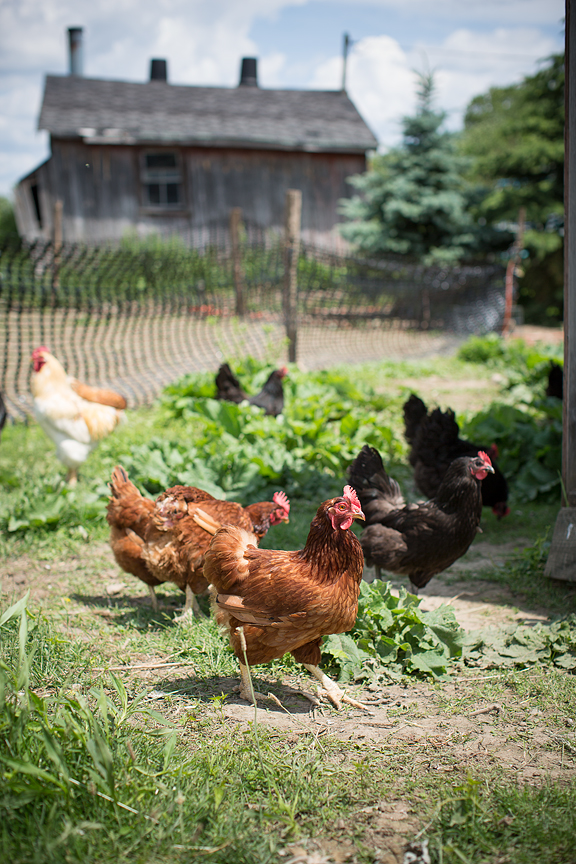