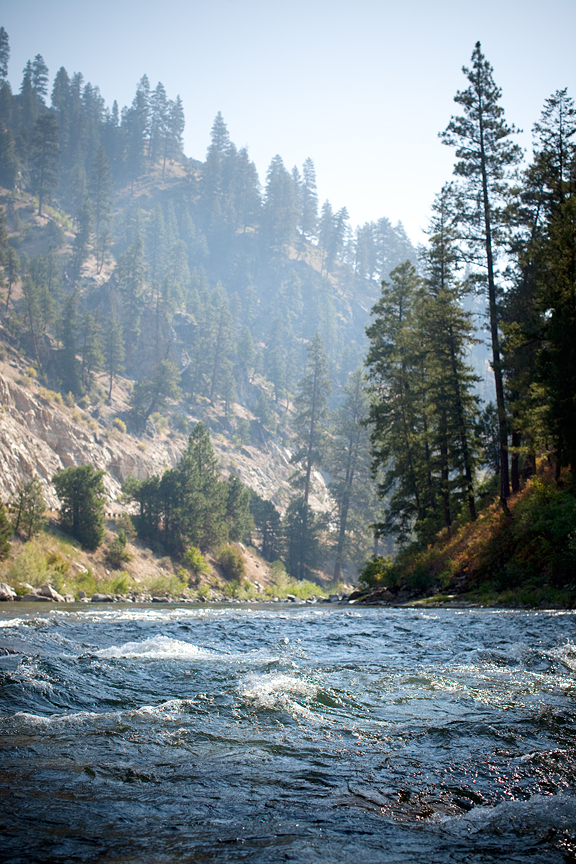 A thin veil of smoke from distant forest fires hangs in the air over the crystalline Payette River.

It’s amazing how new events and re-adjusted priorities in the day-to-day routine can put an abrupt halt to the enjoyable process of writing and sharing stories and photographs right here.

I’ve been anxious to get back to finishing up the story of my trip to Idaho, but have had to keep it simmering on the back-burner the past couple of months.  New priorities still loom, and finding the right kind of balance and rhythm among everything is much like trying to catch a greased piglet in a dark barn.  It sure is fun trying, though.  This week, I’m going to attempt to complete the series of posts encompassing the Idaho expedition.  I’m going to try and keep things as condensed as I can, but we’ll just have to see how it all goes.  Some stories just have to be told.

So, let’s go back to September.  And Idaho. 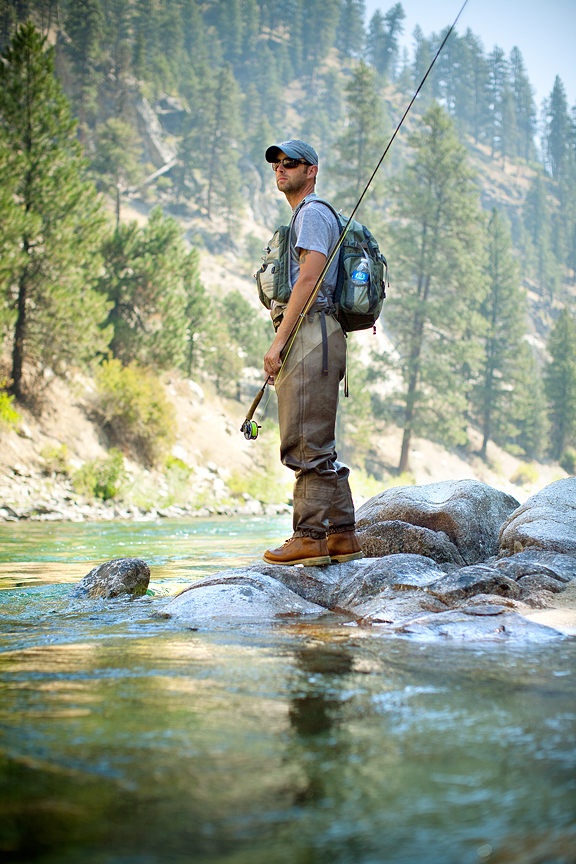 Matt, on a stretch of The Payette, just taking it all in.

Matt Smythe and I met up with our good friend, Jason Lindstrom, of Flytooth, at the hotel on what would be our third day of fishing.  We were heading north out of Boise, into the National Forest, and to the Payette River.  Jason knew of my desire to capture an array of dramatically different terrain during the course of the expedition, and had chosen this river for the stunning beauty of the land through which it ran.  Nestled among steep, pine-laden mountains, the gin-clear waters of The Payette sparkled emerald-green as they coursed through the valleys that guided them.  Smoke from distant forest fires hung thinly in the air, creating a wonderful-smelling atmospheric haze.  Morning was cool, but as the sun rose high enough to shine into the river gorge, the day warmed up substantially.  Matt and Jason worked the fish while I went around with the camera gear doing my thing.  We regrouped from time to time, and once I swapped gear with Matt to see if I could coax any trout to the net.  No such luck.  I wasn’t overly disappointed, though, because we had come to such a visually gorgeous place, and I was getting some really nice photography done.  Priorities. 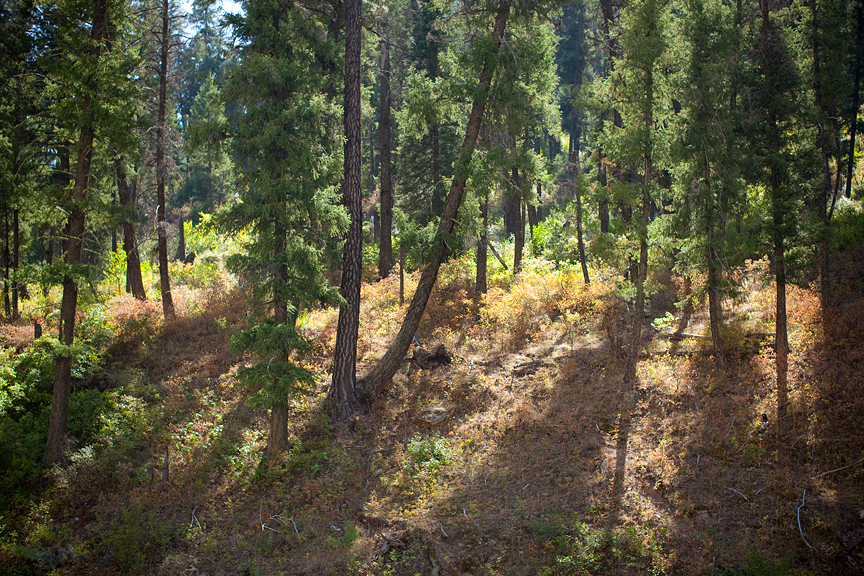 Sunlight filtering through lodgepole pines on the riverbank.

At some point early that afternoon, I must have decided that I’d worked hard enough for a little while, and found a great spot at the river’s edge that offered a perfectly-shaped boulder next to a small eddy.  I nestled into the spot pretty nicely with my lower half submerged in the cool water, and slept for about half an hour while the guys continued to fish that stretch or river.  It was one of the most wonderful naps I’ve ever had.

In the end, what The Payette didn’t give up to us in fish, she more than made up for with her stunning beauty and calmly powerful energy.  Surely one of the most gorgeous and inspiring places I’d experienced in quite some time. 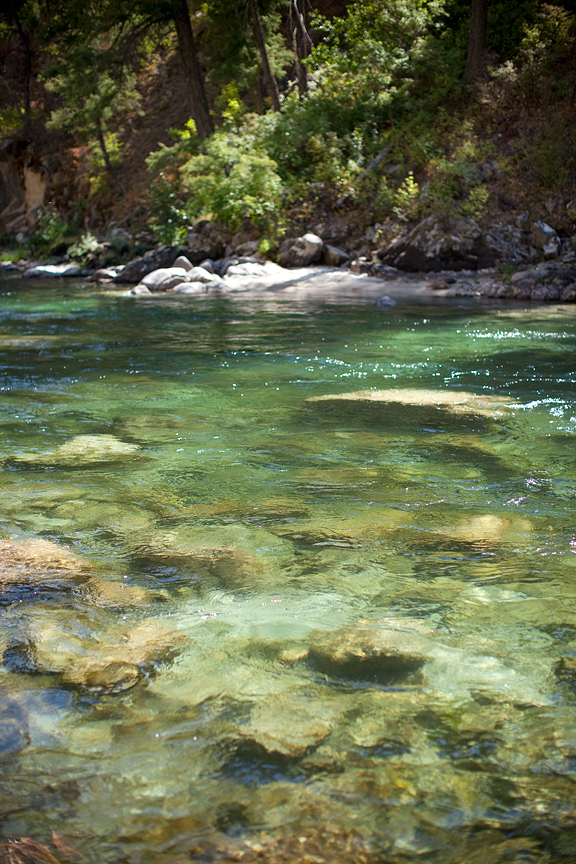 The brilliant greens of the Payette River stood in stark contrast to the color pallette we had seen just days before on River-X.

The following day saw us connecting with Jason and leaving the hotel around 4:30 that morning.  McDonald’s.  Egg-McMuffins and coffees, black.  We had a bigger drive ahead of us today.  Up into the Sawtooth Range, beyond Stanley, to the Salmon River.  We had to stop and take a quick roadside break not long before sunup.  Unwittingly, we stepped out of the car and into 27 degree air.  Yikes!  It was nearly thirty degrees cooler than Boise had been, just hours before.  I don’t think either of us was quite ready for that type of transition.  Farther down the road, on the way to Stanley, we passed a frosted meadow in a large valley that was home to a gorgeous looking stream.  After a couple miles had gone by, I gave in to the urge and turned the SUV around so we could gear up and do some photography in that meadow.  The water in that stream was cold, and the air was even colder.  Matt had ice on his line before too long.  We shot a few different scenarios, and after about 40 minutes, headed back to the car and removed our wet boots and waders with numb fingers. 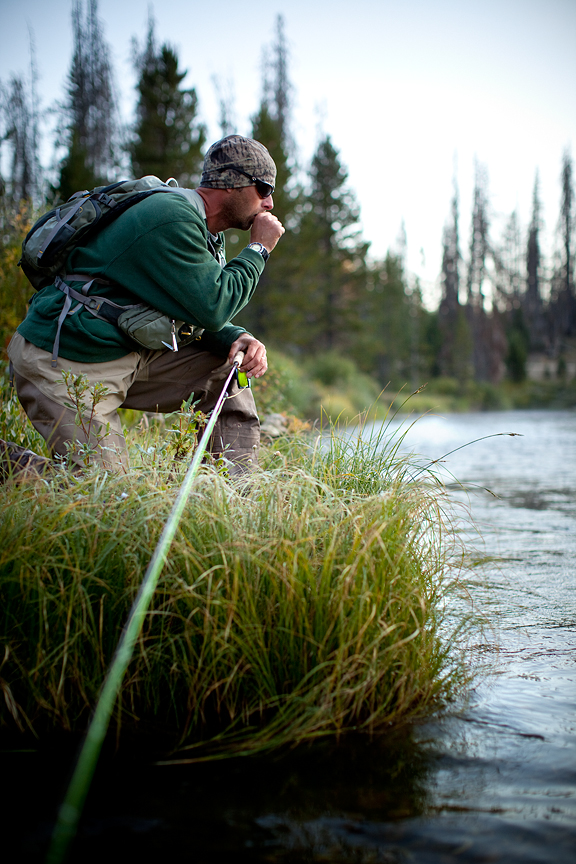 Scouting a stream in a frosty meadow a few miles outside Stanley, Idaho.

We rolled into the town of Stanley around 8:30 that morning, and found a great joint called Sawtooth Luce’s that seemed like our kind of place.  We joined the breakfast crowd, and enjoyed large plates of eggs, potatoes and some really great farm bacon.  Probably my favorite breakfast EVER.  Sitting there with our coffees that morning, and looking southward the craggy peaks of Thompson, Cramer and Snowyside, I probably wouldn’t have cared if I never made it back east.  After breakfast, we walked over to McCoy’s Tackle Shop to gather some new flies for our kits, talk with the shop owner and get the river report.  Back on the road. 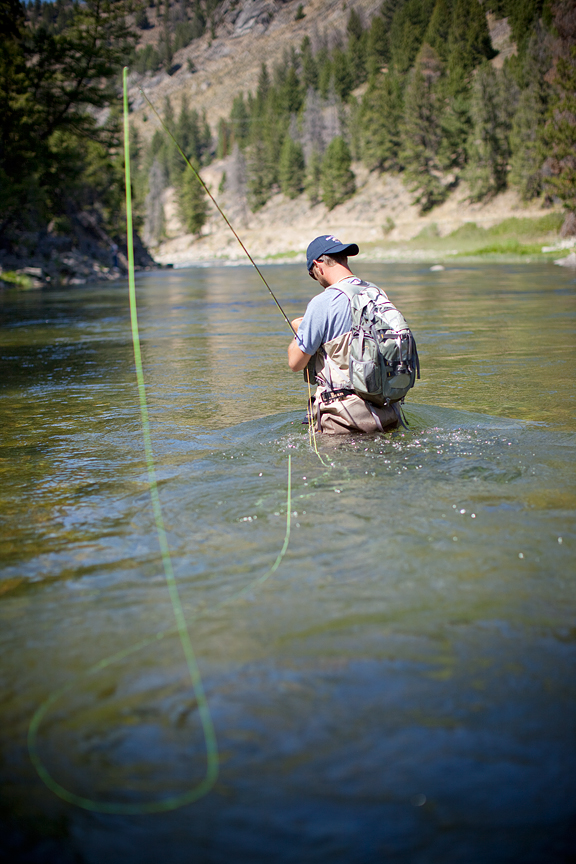 Switching up flies on the Salmon River.

Similar to The Payette, the Salmon River was ultra-clear, and nestled into some really gorgeous, rugged country.  Calm as it looked, wading it was not easy.  It seemed that wherever I wanted to place my foot solidly, there was some odd-sized rock in the way that told me otherwise.  As I recall, both Matt and Jason came up with some decent rainbow trout that day, but not nearly the same caliber of fish as we’d seen on River-X.  This was completely different water, and a drastically different habitat.  Whitefish also seemed like a bit of a plague on this river, and it led me to wonder how their presence must affect the trout numbers.  We parted ways with the Salmon River in the middle of the afternoon.  We had a long drive back to Boise, and were feeling the effects of our aggressive schedule.  We headed east on the loop out of the Sawtooth Range, and then south, down through Ketchum, where we stopped for snacks and a stretching of the legs.  The road then turned us back west, toward Boise. 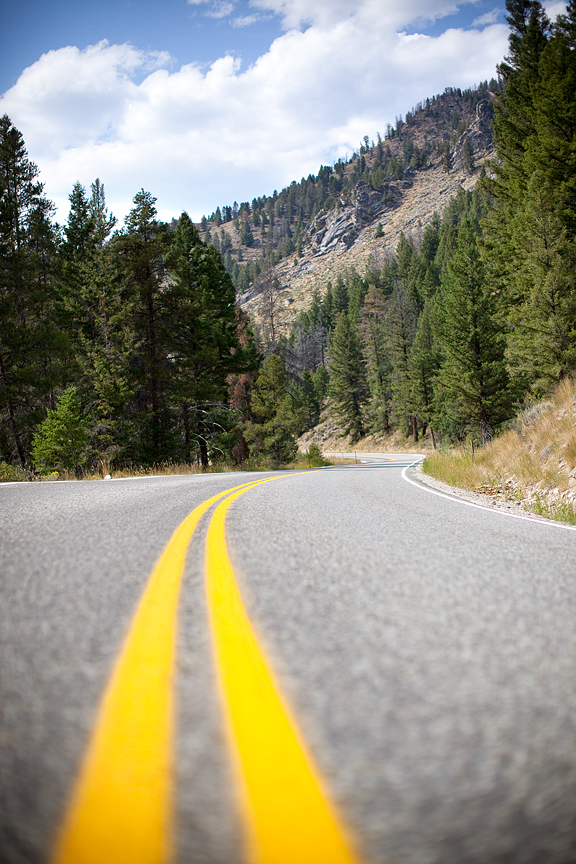 The variety of landscape that we experienced that day was amazingly diverse, and all of it was impressive.  Breathtaking, really.  The vast, rugged mountains stood in such stark contrast to the flat valley floors that seemingly extended forever.  Fencelines, fields and small herds of Pronghorn whipped past the windows of the Highlander as the sun set in the western sky.  The next day, Matt and I would temporarily part ways with our friends in Boise and make the drive east to Idaho Falls to fish two more rivers.  Ahead were new adventures and more perfect, beautiful days.

Matt Smythe’s accounts of these excursions and so many others may be enjoyed by visiting  fishingpoet.com.  For Matt’s written pieces on the Idaho Expedition, please click here. 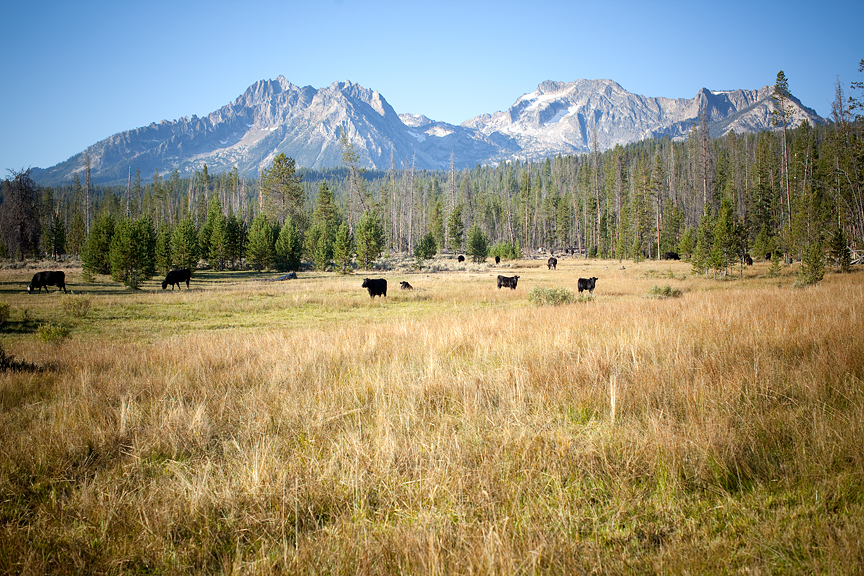 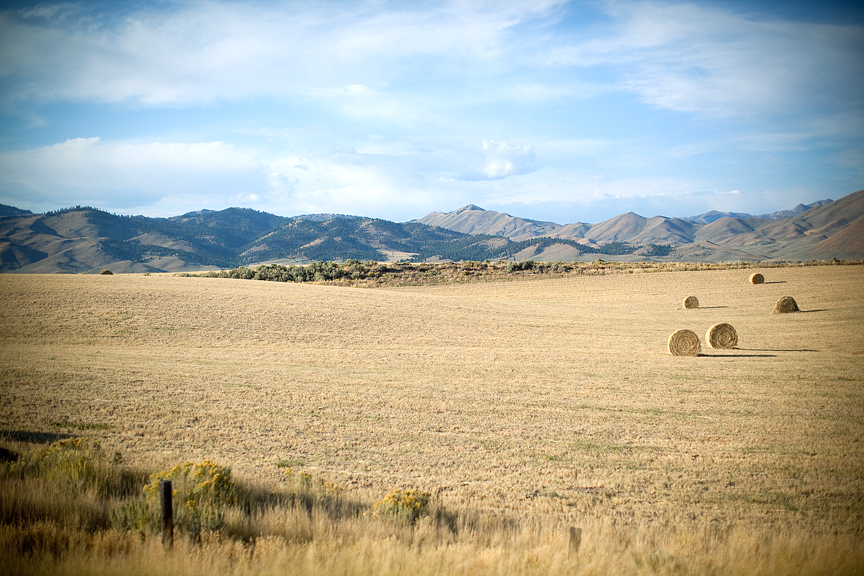 Looking northward on the drive back to Boise.

I needed that. Thanks Grant for the respite and taking me back to the water.

You actually made me feel kinda homesick for my former home. Hmmmm, I just may be headed back somewhere in the Pacific North West…

Beautiful photos Grant. Thanks for the sharing your trip.

Thanks so much! Perhaps a journey out your way at some point would be a cool collabaration.

I would love that. There’s always room for you guys and plenty of small streams to fish. Take care.