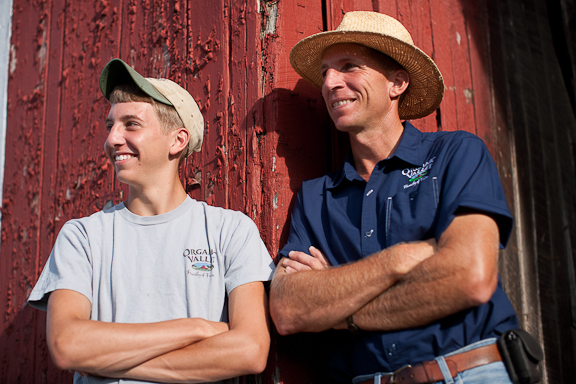 Fifth and Sixth-generation farmers! Ron Holter and his son.

In early August of 2009, I was sent by the Wegmans Advertising Department to Jefferson, Maryland to photograph for a day at Holterholm Farms, a supplier of milk for Organic Valley.  Established in 1889 by the great-great grandfather of Ron Holter, the 207 acre farm has been a producer of organic dairy products since 2005, and is now run by Ron, his wife Kathy, and their two children.  Accompanying me on the trip was Matt Byham, from Wegmans, who was writing the feature article on dairy suppliers for the Summer 2010 issue of Menu Magazine. 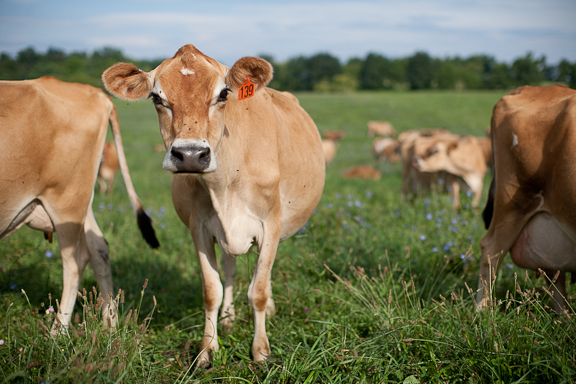 The morning that Matt and I arrived at the farm was absolutely stunning!  There was enough atmospheric haze, that natural light was just perfect for photography, and it stayed that way for most of the day!  It was hot, though, even early on, and it would only get more so as the day progressed.  Matt and I met with Ron and Kathy Holter and got the lay of the land.  The Holters were making preparations for a visiting group from Wegmans, and while we waited for the group to arrive, Matt and I walked the pastures to photograph the land and cows!  A short while later, Ron and his son joined us in the fields and discussed with us the family farm’s history, the move to organic and sustainable farming processes, the great health benefits of organic foods, and of course, how very important it is to have happy cows!  I could tell, during our time afield with the Holters, that Matt was getting some great material for his article! 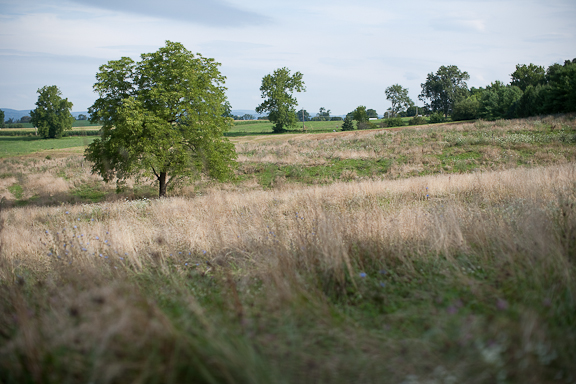 Part of the pastureland that I loved so much.

In Ron’s words, he and his family are farming as God has intended it to be.  The Jersey cows of Holterholm Farms dine on a nutritious mix of grasses of different types.  They are free to roam the pastures that are open to them on a given day, and each day, they are milked in a comfortable, cool, open-air parlor that creates a very stress-free environment for them.  The result is healthy, happy, grass-fed cows, and delicious, organic milk that is higher in antioxidants, other nutrients, and Omega-3’s than that which is produced at conventional dairy farms.  The cows are not grain fed, they do not receive hormones or antibiotics, and no persistent pesticides or synthetic fertilizers are used on the farm.  Managed as a seasonal farm, calves are born in February and March of each year, and the cows are milked from March to December. 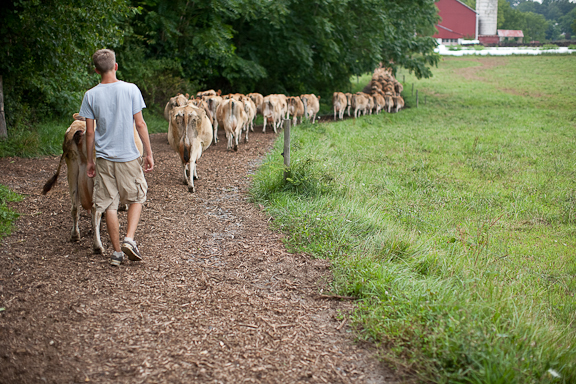 Following the cows in for milking at the day’s end.

This farm had such a wonderful feel to it.  It just seemed that everything worked in this nice, relaxed harmony, and that things were the way they should be.  The land was just beautiful, the cows were healthy, happy, and well looked after, even the cats seemed extremely content!  The Holter family proved to be very gracious hosts, are amazing people to visit with, and had a tremendous passion for educating others about the great benefits of organic farming.  It was obvious from the beginning that these are folks that truly believe in and love what they do, are fully immersed in it, and are more than willing to share what they’ve learned with others.  All of this benefits the consumer, other dairy farmers, and of course, the cows! 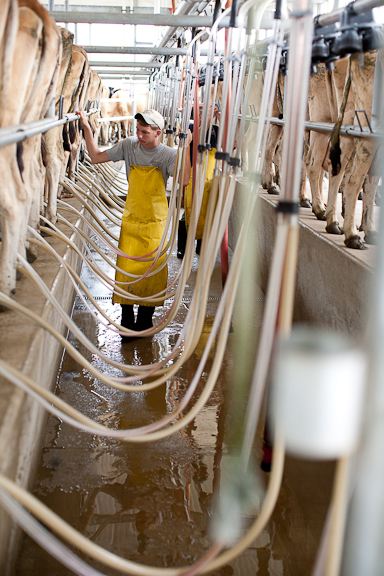 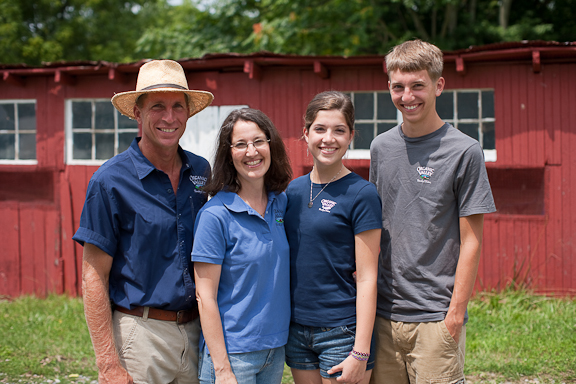 The Holter Family, photographed on their farm, August 5, 2009. 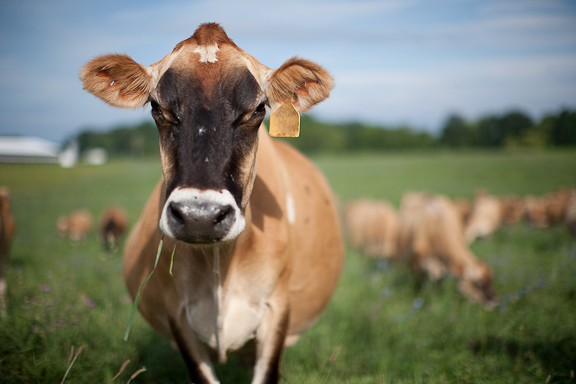 One of the many beautiful faces we would meet that day. 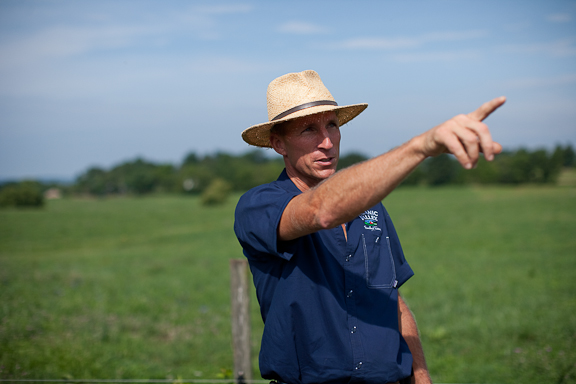 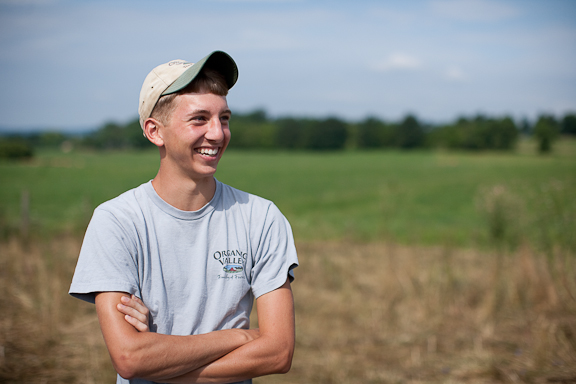 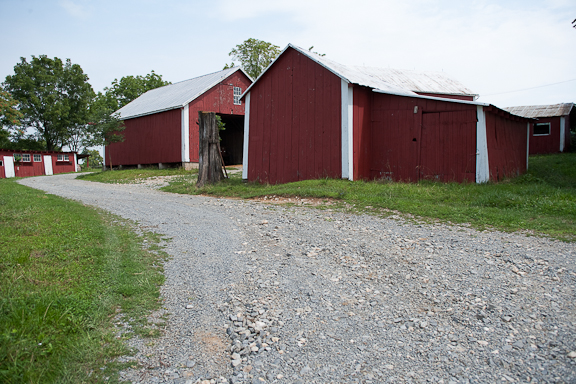 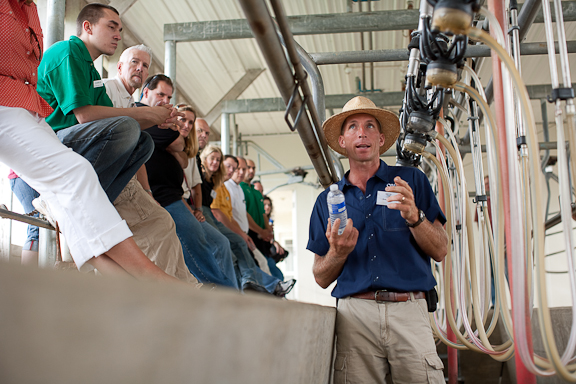 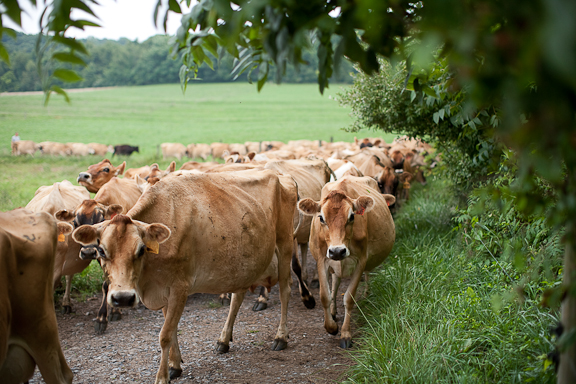 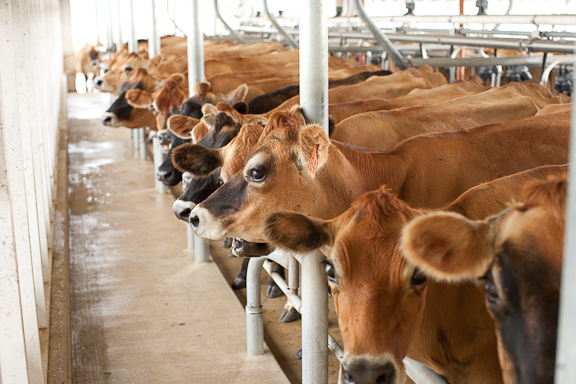 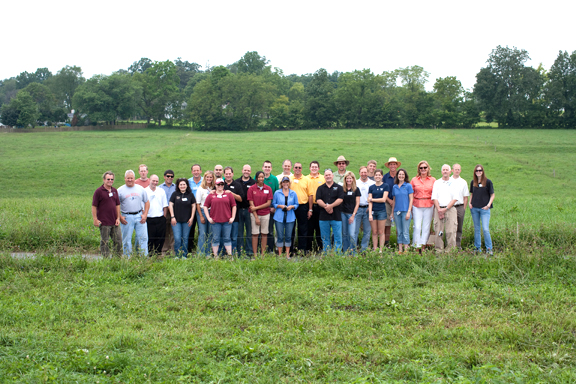 The Wegmans group from Maryland. 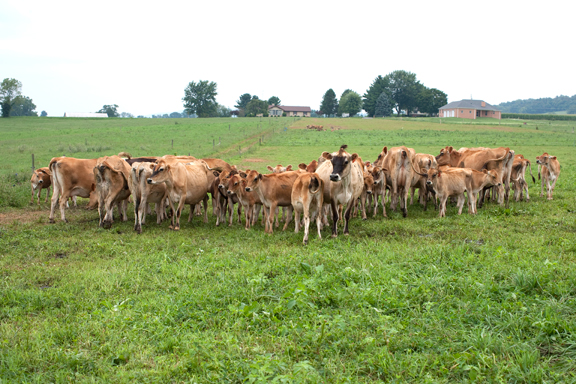