Perfection found at Up The Creek Farm

Two weeks ago, I was contacted by Katy Collar, a designer friend of mine, who was in the early stages of a freelance project for Up The Creek Farm.  Katy would be designing a new logo for the farm, as well as a website.  She was in need of photography for the project, and thought that my visual approach and style would be a nice fit!  I was thrilled that she thought so, and excited about the possibility of a fun side-project!  The two of us met for a lunch meeting at Orange Glory Café a couple days later with our pens and notepads, and I listened to the details and particulars of what Katy was going to accomplish. 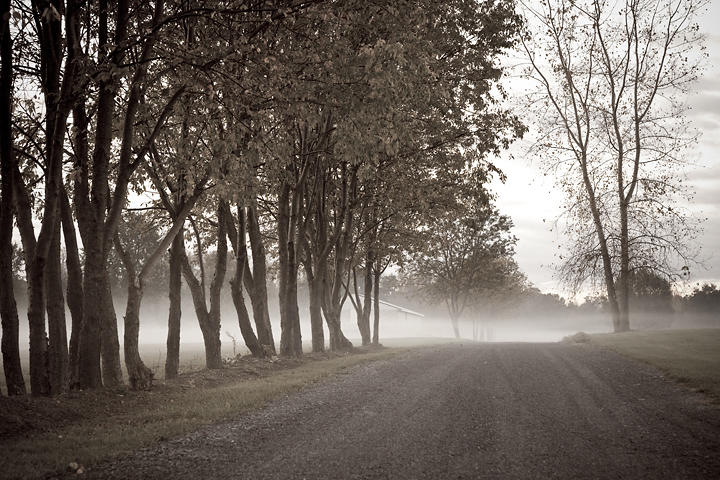 Katy thought that she would need six to eight images that together conveyed the feel of the farm in a way that stirs the viewer’s “romantic” senses.  Beautiful landscapes, stunning horses, interesting details, and the strong connection between horse and human.  Oh, and all of that with gorgeous light. 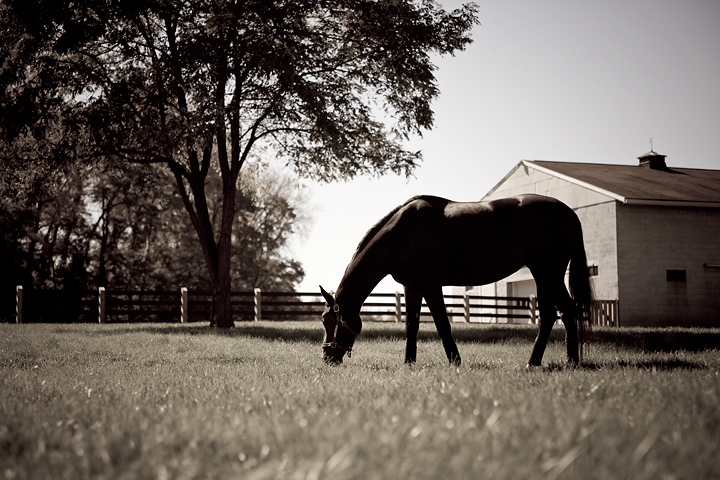 During our meeting, Katy and I were realizing that with the onset of fall, the changing weather, and our jam-packed schedules, we needed to hustle and get out to create images while the leaves were still on the trees!  We scheduled a meeting with Brandy, the farm manager to get things rolling.  Late that Sunday afternoon, we all met at Up The Creek to talk about needs, ideas, scheduling, and to scout the land and stables.  We planned our shoot for the following Saturday, each of us agreeing to keep our fingers crossed and say plenty of “perfect weather prayers!” 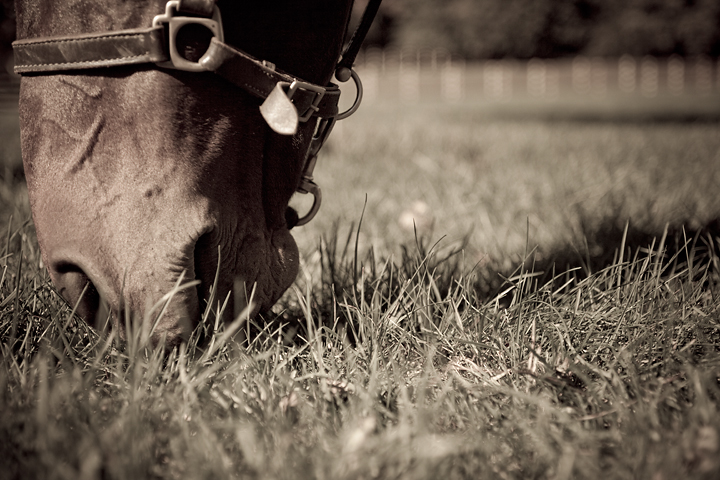 I had watched the weather anxiously in the few days leading up to October 9th, and was so excited to have that “perfect forecast” that we had wished for!  As I loaded camera gear into the truck around six that morning, I could tell that there was some light cloud cover up there in the diminishing darkness.  I think that, standing alone in the dark driveway, I startled myself a little bit when I spoke out loud to the clouds, “Please don’t thicken up!” 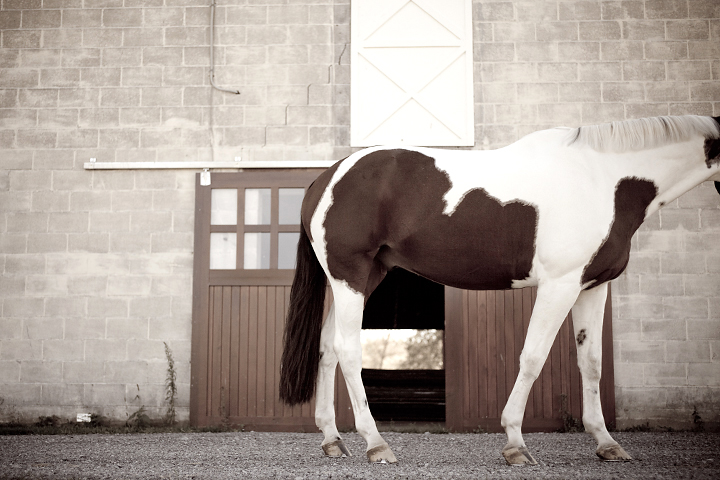 I pulled into the curving driveway at Up The Creek Farm a few minutes before seven.  The house was quiet.  I was the first of the creative crew to show up, so I opened the main gate by the stables and drove out into the pasture.  After closing the gate behind me, I stood there in the cool fog for a minute to soak it all in and decide where to begin.  I could see several deer through the fog, not too far away, and small flocks of Canada geese were coming in to land in the pond to my south.  I hopped back in the truck, took a tug of Starbucks Pike Place Roast, and drove down the gravel utility road to my first spot.  The sun wasn’t quite over the horizon yet, but there was soothing, subtle light on the scene before me.  I got the camera out, chose my lens, set the tripod low to the ground, and squatted behind the camera to look.  My rear-end hovered just above the cold, dew-covered grass.  It was too early to get wet. 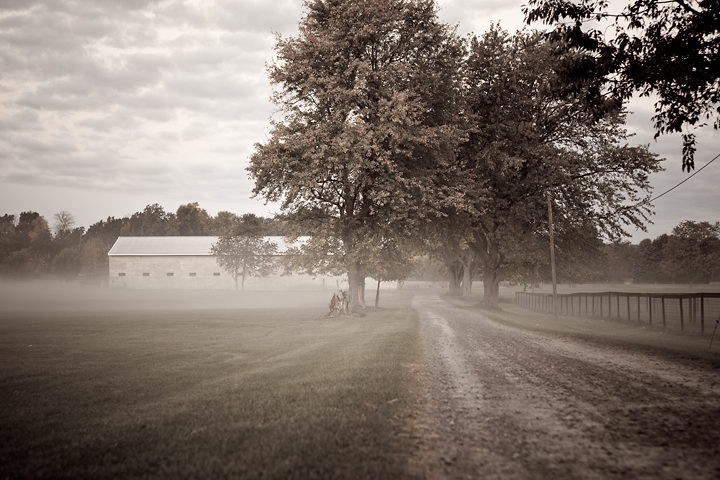 Continuing down the road, I stopped to photograph another landscape, then proceeded on to find a third.  I was looking for some special trees that would catch the sun as it rose over the woods to the east. 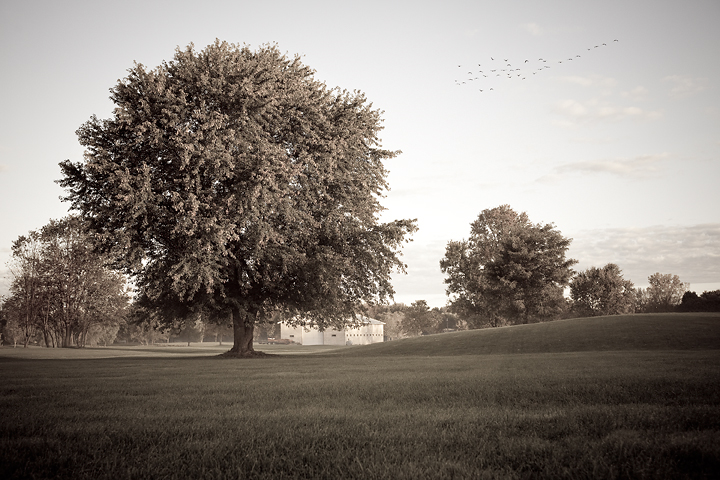 About now, Brandy, Katy, and her husband, Curtis, rolled through the fog in a white farm pickup and joined me.  Brandy had brought coffees and a box of donuts.  I claimed the pumpkin one, and walked through the wet grass with Katy to show her what I had captured so far, and what I was looking at next.  She liked it, and we stood there, sipping our coffees, waiting for the right light to come.  Once the sun started to clear the woods, I went to the camera and started to capture the scene.  At one point, I asked Katy if she could see that flock of geese way out to the west.  “Now you watch,” I told her.  “Those Canadas are going to come in toward us,  south of the big tree, then bank left to line up on the pond.  That should put them in the upper right of the frame.”  Katy looked at me questioningly, one of those “Whatever, dude” looks.  I squatted behind the tripod with my eye to the camera and waited.  Moments later, the geese came, banked exactly as they were supposed to, into the frame, perfect!  Click, click, click!  We looked at each other in amazement and exchanged a big “high-five!”  Yes, that just happened!  Are we a dynamite team, or what?

We were soon joined by Miguel, one of the horse groomers, and Tigerlily, a stunning bay.  I really enjoyed watching the interaction and connection between these two, especially after learning that Tigerlily hadn’t initially meshed well with Miguel.  Over time, he had gained her trust.  Knowing this little story is part of the reason that I love the image of the two of them silhouetted on the knoll in the sunrise light so very much. 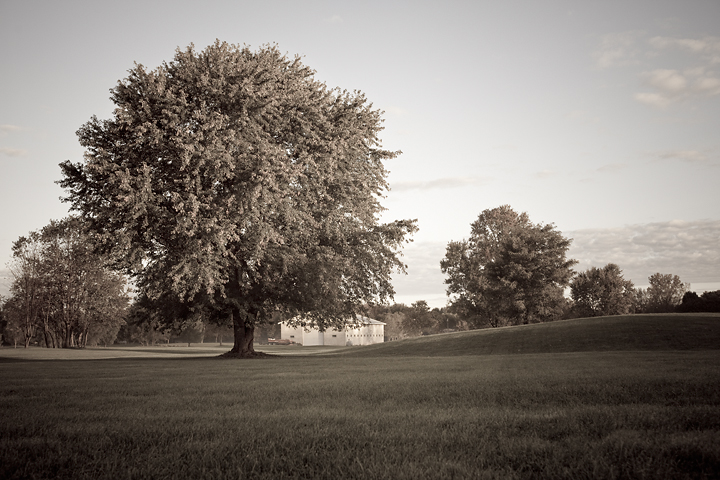 The day would only continue to inspire us.  We moved nicely through the day from place to place, idea to idea, paddock to paddock, and seemed to get some really nice images from each!  We kept to our schedule without feeling directed or hindered by it, and it all really just kind of “flowed.”  We also worked with Jésus and Armando, Tonto and Tank, Caprice, Nicole, Lilly and Reilly.  Some human, some horse, some dog.  Each with a wonderfully unique personality and character. 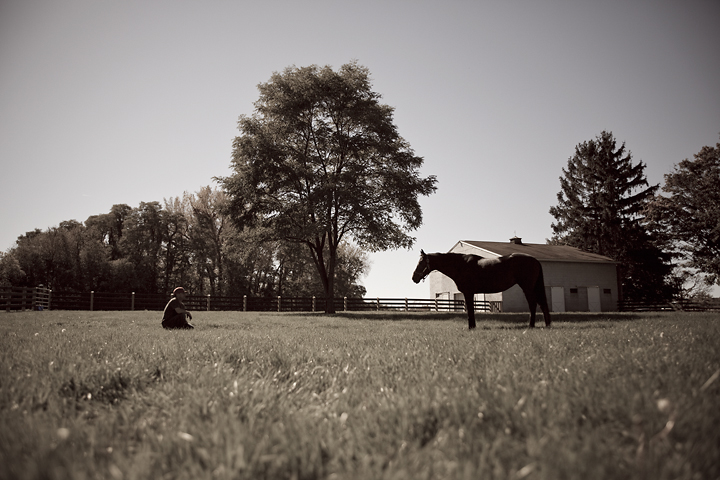 We worked energetically all day, and ended our shoot with the sun falling in the western sky.  Faces kissed by the wind and sun, and slightly chilled, we parted ways.  Heading home, I could think of nothing better than a side-trip for a steaming dish of pasta bolognese at Veneto to cap of a day as perfect as this one had been.  After a night of sound sleep, I woke early, and hauled my carcass and laptop to the Monroe/Oxford Starbucks for a “coffee and editing” session.  Sitting in a cozy chair in the corner, in the span of a couple hours, I was able to take our 1,350 images from the farm, and whittle them down to 350 for Katy to choose from.  I can bring my personal picks down to 20, I think, some of which you see here.  I’ll look forward to seeing Katy’s picks, and the progress of the website as she designs it! 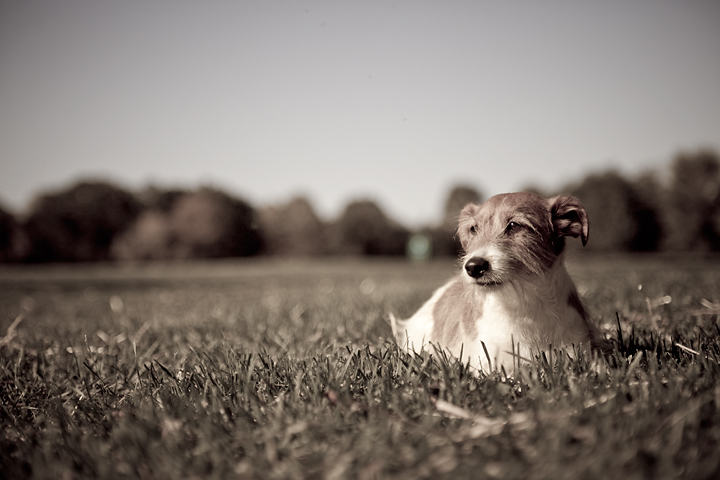 Reilly. He likes pumpkin donuts, too. 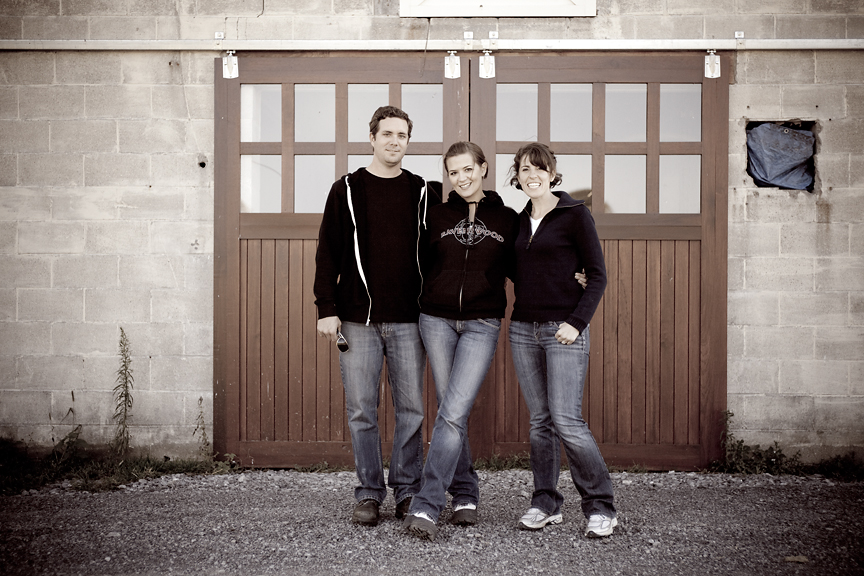 During the work week, Katy is a Senior Designer in the Vine Design division of Partners and Napier.

Thank you so much, to all of those involved with our great day!