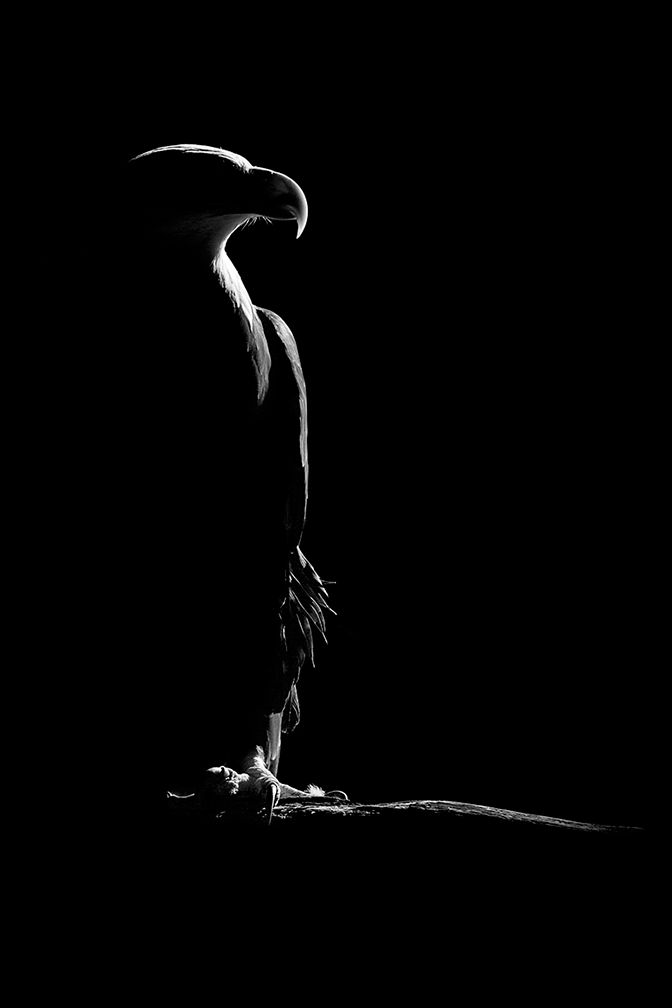 One of Seneca Park Zoo’s incredible bald eagles, allowing me to get this image of him, just before swooping just over my head, and letting me know that he was done.

Seeing the calendar reminder for tomorrow’s scouting mission at Seneca Park Zoo, in Rochester, NY, was the little kick that I needed this afternoon to begin sharing some of the past year’s work in a series of blog posts that have been stacking up for quite some time, now.  So, let’s begin.

At some point last year, I was approached and asked if I’d be interested in doing some pro-bono work for Seneca Park Zoo Society’s annual fundraising event, Zoobilation.  I was excited for the opportunity to do some potentially very cool work with some great people, and eagerly accepted the invitation to join the team.  The images we were going to create would be used in a number of ways to support and promote the event, ranging from direct-mail pieces, large-format banners, greeting cards, posters, wine bottle labels, and signs.  This was to be the 25th Anniversary of the Zoobilation event, so the pressure was on to do something really special! 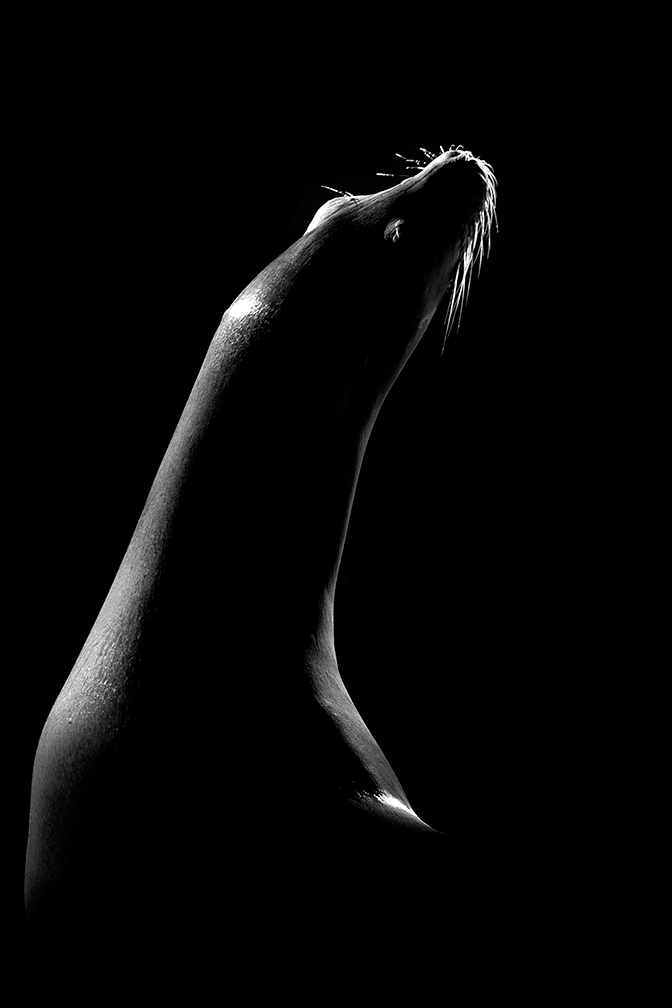 Sleek and super-fast, the sea lions were nearly impossible to focus on in the dark!

I’d be working closely with a team of creatives from Roberts Communications – Rachel Spence and Brian Rapp, and the timeline for the production of the first mailers was such that we needed to move pretty quickly.  Rachel had been fleshing-out the final concept for the project, and she, along with Brian, had come up with the theme, and some fitting copy that would set the tone for the entire campaign.  The imagery would feature a handful of Seneca Park Zoo’s resident animals, and, following Rachel’s vision, would celebrate the elegance, power, and character of each animal.  Furthermore, in connecting with the theme, “A Night to Shine,” and also with the 25th Anniversary milestone, a monochromatic approach would be taken in the treatment of the photography, and in the end, the pieces would each be printed in black ink, on a metallic silver paper. 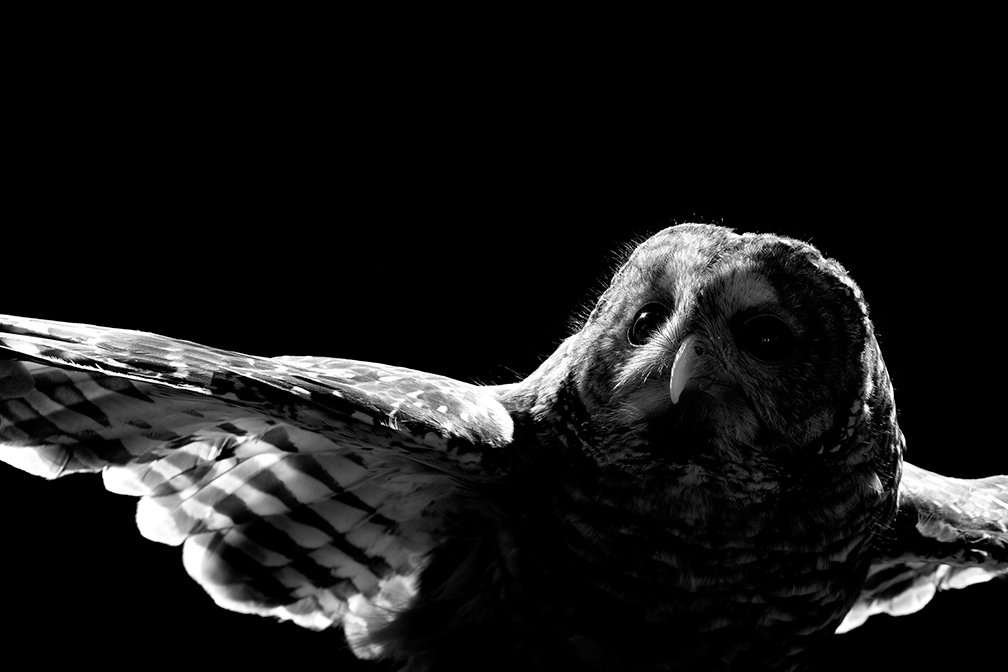 Othello, a barred owl, stretching out, and probably thinking of mice.

Our photography sessions, for the most part, needed to take place outdoors, in the damp cold, and inky darkness of the November and December evenings for which Rochester is famous.  Each animal, and their enclosures, presented a different set of problems that needed to be solved in order for us to accomplish things the way we needed.  Some instances allowed for me to be inside the animal’s enclosure, without the nuisance of some type of physical barrier between lens and beast.  Those instances were probably the easier ones to deal with.  I had some freedom of movement, and fewer limitations in the setting-up of my lighting equipment.  There were, though, among the group, a handful of animals that might be prone to bite, slash, gore, or stomp me into the ground, if they decided they didn’t like what I was up to.  In those cases, we had fences and barriers between us, and everybody was going to remain relatively intact.  I’d like to try and paint a picture here, of my having survived several very dangerous situations for the sake of this project, and while I was subject to a charging rhino, a territorial sea lion, and the threat of piercing eagle talons, in reality,  probably the worst I actually suffered was having to lie in icy mud that was laced with hyena pee. 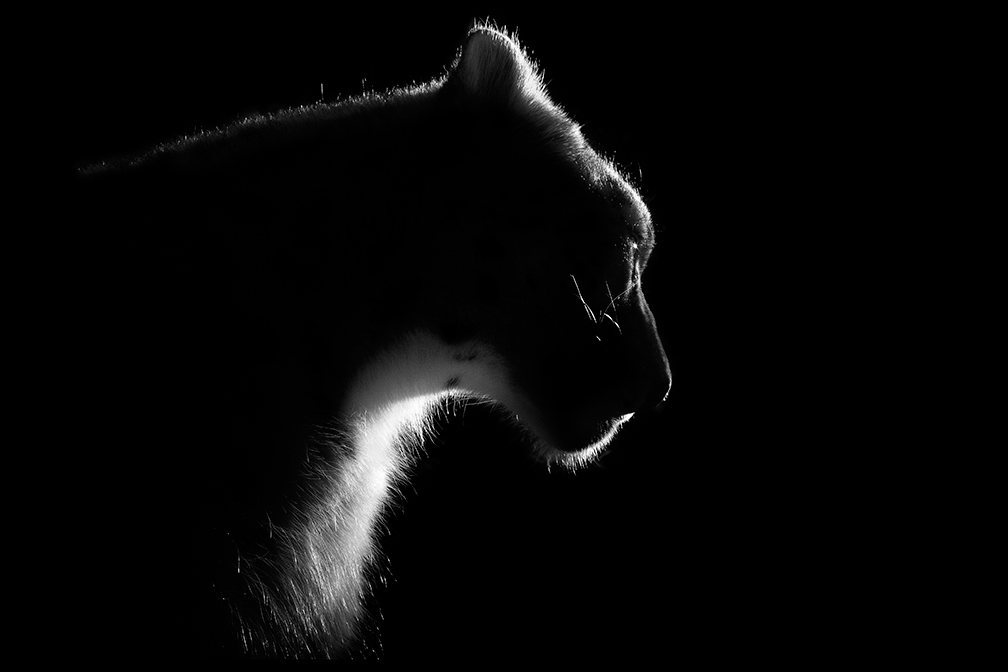 The snow leopard seemed to be just waiting for the right moment to reach through the gap in the gate to get me.

We certainly couldn’t have accomplished things the way we hoped to without the dedication and passion of the phenomenal zoo staff, particularly the zookeepers that stayed late to work with us, and helped to figure out ways to get me where I needed to be, and the animals where they needed to be.  One thing I learned is that there’s nothing like the allure of strategically placed, fresh venison chunks to a hungry snow leopard. 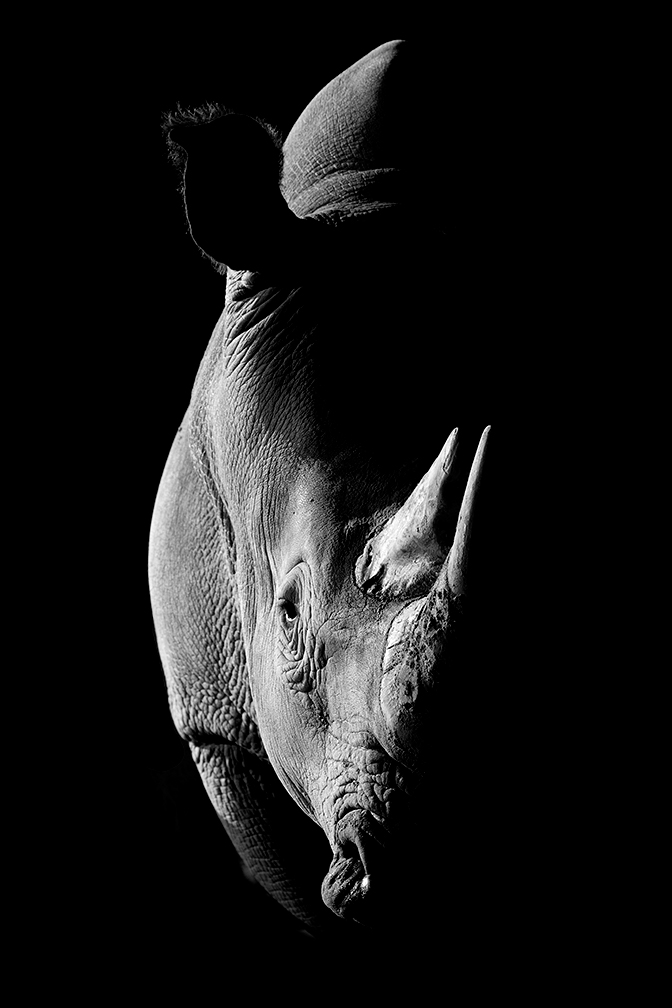 The awesome presence of the rhinoceros was incredibly apparent. And that was before he charged!

Months later, after seasons had changed and the weather had warmed, it was really nice to have attended the huge Zoobilation event on a gorgeous summer evening, seeing all of our finished artwork in place, having some great food, checking out all of the animal exhibits, listening to some good music and visiting with folks.  Near the end of the evening, the conversation shifted a bit, and we were asked if we’d be willing to work on the project again for 2015!  We’re all-in, and the scouting and problem-solving begins again tomorrow afternoon.  I’m really looking forward to seeing which animals we’ll be able to work with this year, and on this cold night, I’m looking forward even more attending the big event this summer!