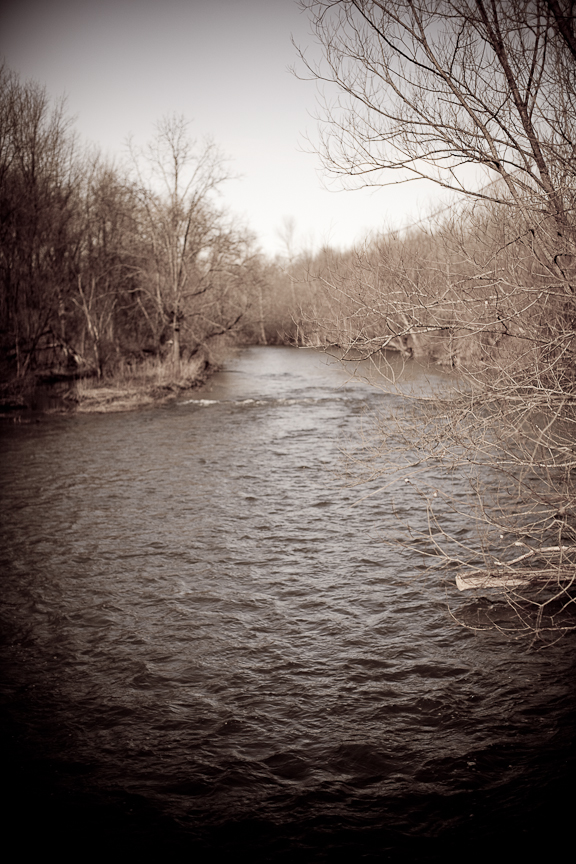 We hit Oatka Creek for the first time in the early morning hours of April 2.  I was joined by good friends, Dean Milliman and Matt Smythe for a scouting mission of one of Western New York’s most popular trout fisheries, one that is deeply steeped in history and tradition.  The three of us were beginning work on an advertising campaign for the Seth Green Chapter of Trout Unlimited.  On this day, we had joined up with Pete Bella, another good buddy, who was our contact with the organization and would serve as its voice during our processes.   We were getting the lay of the land, talking with Pete about the message we could carry for Trout Unlimited, deciding where and how to photograph, absorbing the feel of the creek, gathering thoughts and ideas, and figuring out the likely spots to catch some decent fish.  We were well armed against the day’s cold with jackets, gloves, boots and hot coffees.  Cameras in hand and at the ready, we headed upstream first and then back down, stopping at likely spots to explore possibilities, and hold streamside brainstorming sessions. 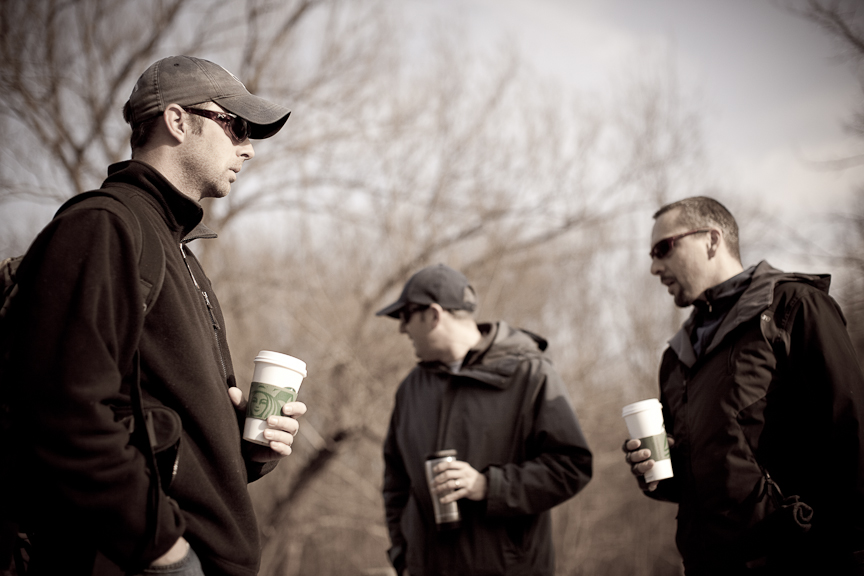 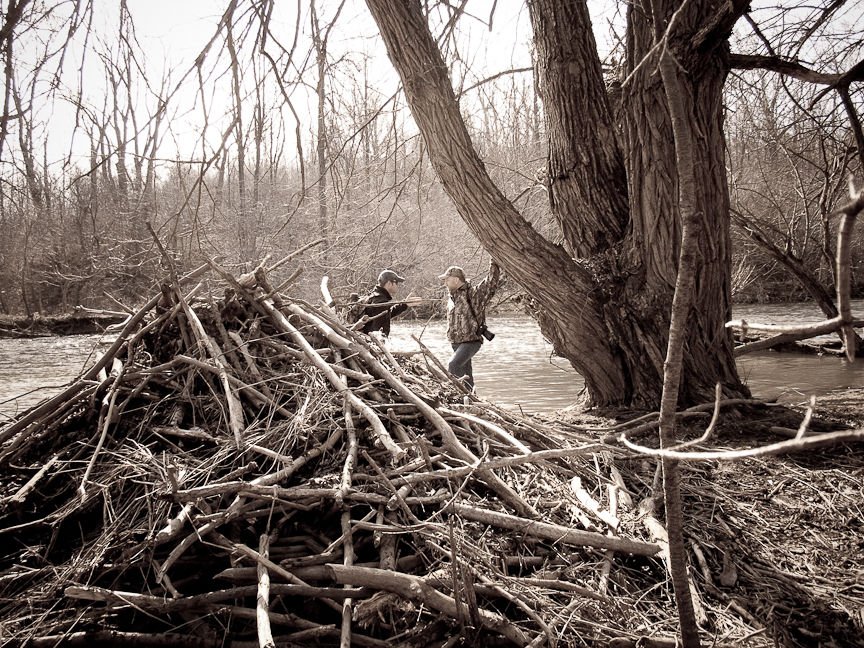 Matt and Grant in a heated streamside discussion. Must have been about trout.

After a few hours of scouring the riffles, runs, banks and eddies of The Oatka, we decided it was high time for a little nourishment.  We headed down the road to find some lunch at a great little joint called The Iroquois in Caledonia, NY.  Along the way, though, we decided to pull in to make a stop at the Caledonia Fish Hatchery.  The hatchery in Caledonia is the oldest in the Western Hemisphere.  Seth Green himself started the hatchery in 1864, specializing in the breeding and nurturing of brown trout.  The hatchery has the capacity to crank out more than 800,000 of the little buggers each year.  Located along the crystalline waters of Spring Creek, the old hatchery buildings and runs on the land convey a sense of great historical importance to trout fishing in our country.  It felt good to be there.  For the four of us who love the outdoors and trout fishing so much, it felt as if we were standing on hallowed ground. 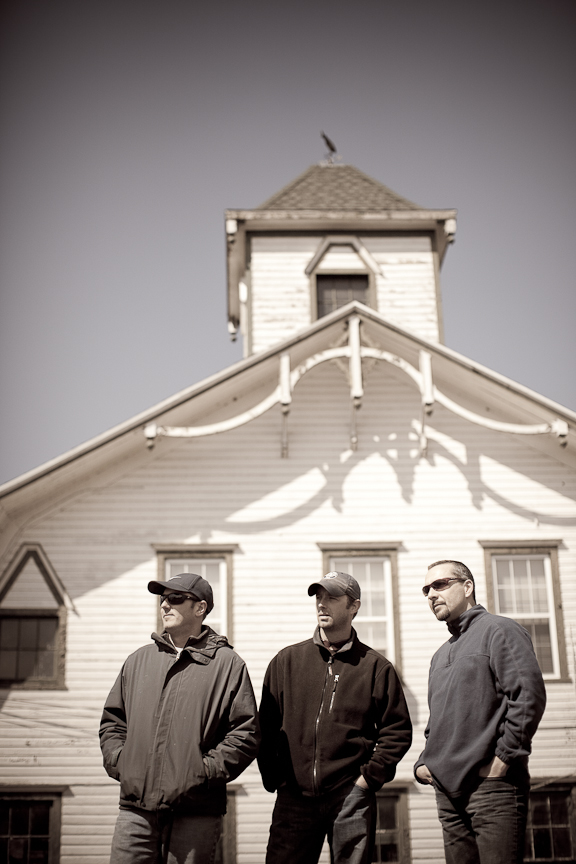 When we finally arrived at The Iroquois, we were all about ready to gnaw the legs off a porcupine.  We found a four-top table, got situated, and promptly ordered a round of cold beers.  When we told the proprietor what different types of food we were all interested in, he gently informed us, “We got cheeseburgers.”  The four of us assured him that cheeseburgers would suit us just fine, thank you, and we enjoyed them thoroughly with the usual condiments and a really dynamite salsa that was made in-house.  Fries, too.  Good stuff. 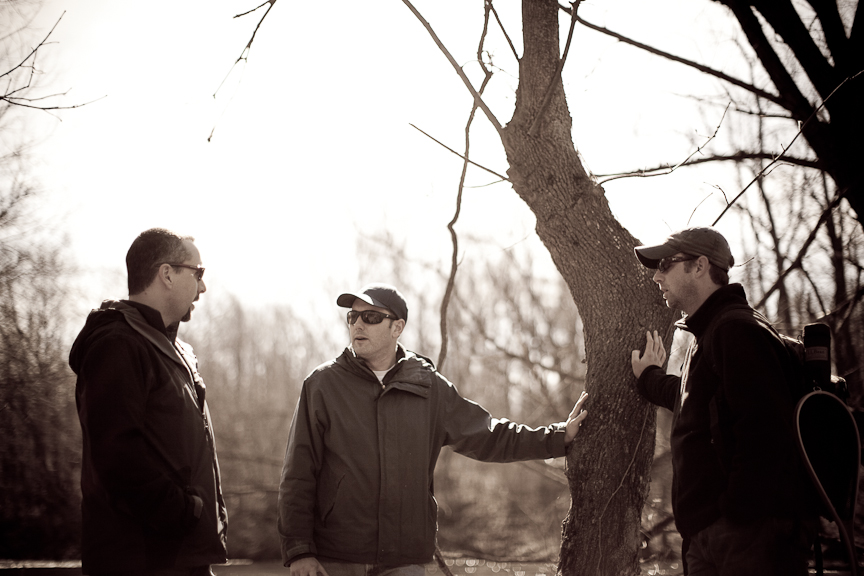 Pete, Dean and Matt in touch with the environment.

Through the hot chow and another round of beers, we hashed out our thoughts from the day, describing to each other the visuals, written messages, sensitivities and ideas that were zinging around in our brains.  We would talk again soon, once we gave ourselves time to absorb and think.  We headed back to the trucks, and pointed them in the directions of home.  I would meet up with Dean and Matt again in two weeks for our first outing on Oatka Creek to capture images and fish.  That story will come in Part Two. 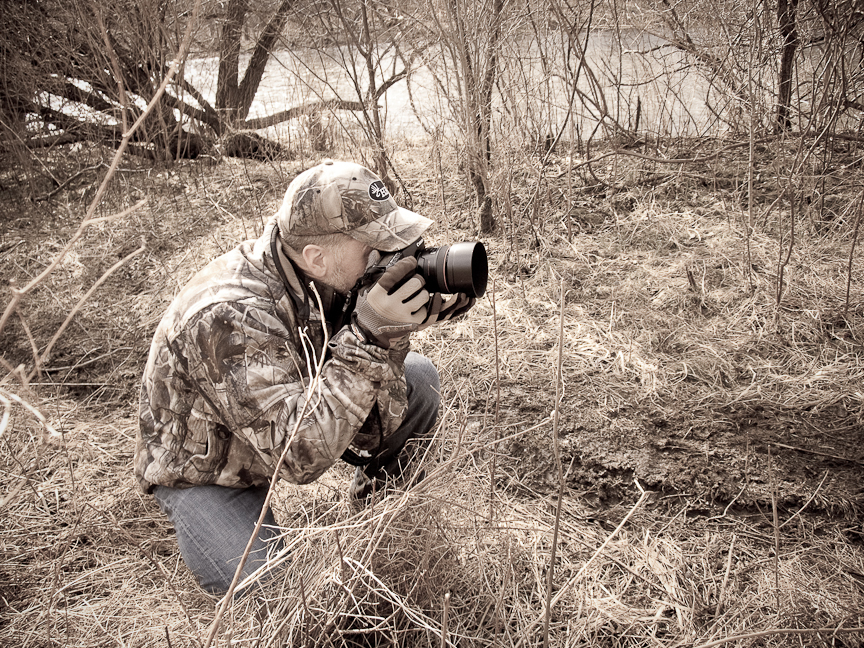 Grant capturing some of the surrounding environment for the sketchbook.

This has been a great experience to hang out and share my passion for our local rich history. Thanks guys, folks will appreciate the great effort and terrific results to come.